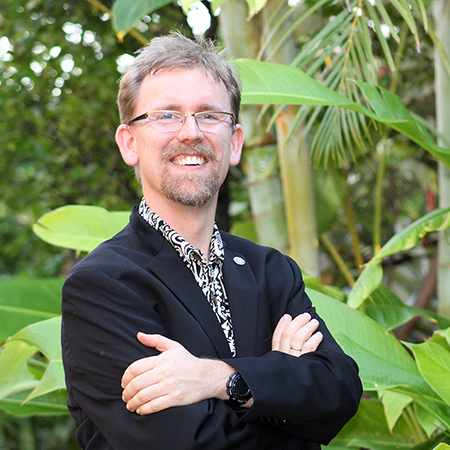 Axel Timmermann conducted his PhD research at the Max Planck Institute of Meteorology in Hamburg, Germany and received his PhD in Meteorology in 1999 from the University of Hamburg. After 2 years as a postdoc in the Netherlands and 3 years as research team leader at the IfM-GEOMAR/University of Kiel, Germany he moved to the University of Hawaii to work first as an associate professor and then from 2009-2016 as a full tenured professor at the International Pacific Research Center and the Department of Oceanography. In January 2017 Dr. Timmermann became the Director of the new IBS Center for Climate Physics (ICCP) at Pusan National University, where he also holds a Distinguished Professorship. In 2008 Axel Timmermann received the prestigious Rosenstiel Award in Oceanographic Science for his fundamental contributions to ocean science. In 2015 he was awarded the University of Hawai’i Regents’ Medal for Research Excellence and in the same year he also became a Fellow of the American Geophysical Union. In April 2017 Prof. Timmermann received the Milankovic Medal from the European Geosciences Union in 2017 for his contributions to paleoclimate research. He has published over 160 peer-reviewed articles on subjects ranging from Quark-Gluon Plasma, relativistic hydrodynamics, the El Niño-Southern Oscillation, glacial cycles, abrupt climate change, climate prediction, human migration, bio-optics and dynamical systems’ theory. Axel was listed in 2018 as a Highly Cited Researcher by Clarivate Analytics. For his contributions to communicate climate research to the general public, Prof. Timmermann was awarded the “Scientist of the Year” award by the Korean Science Journalist Association.

Over the past century increasing anthropogenic greenhouse gas emissions have become the main driver for global climate change. In response to the corresponding increased downward infrared radiation, the earth’s surface warms, Arctic sea-ice retreats, sea level rises, climate and weather patterns shift. The absorption of anthropogenic CO2 by the ocean has affected ocean chemistry, leading to Ocean Acidification and fish-hypercapnia. To cope and adapt to the resulting environmental and ecological changes, humanity needs robust estimates of both, forced climate change and internally generated variability on global and regional scales.

Many decisions on adaption and mitigation need to be made over the next decades to limit climate damage costs and prevent long-term irreversible loss of coastlines, human livelihoods and ecosystems. Making such decisions has proven difficult, in particular in the context of the prevailing uncertainties in our physical understanding of the climate system. Some of the most persistent uncertainties are related to the overall sensitivity of our earth system to greenhouse gas forcing, cloud-feedbacks, regional patterns of future rainfall changes, the nature of carbon cycle/climate feedbacks, potential ice-sheet thresholds and the magnitude of the projected global and regional sea-level rise. Addressing these scientific challenges requires a concerted multi-disciplinary effort.

The IBS Center for Climate Physics (ICCP) provides a world-class international research environment to improve our basic understanding of climate and its variability, to develop new research frontiers in earth system science and to perform skillful decadal earth system forecasts and improved longterm projections by means of high-performance computer simulations. 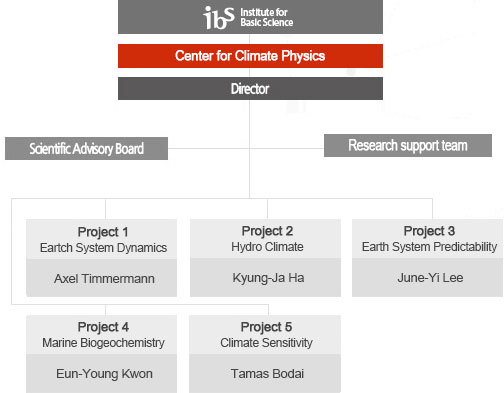