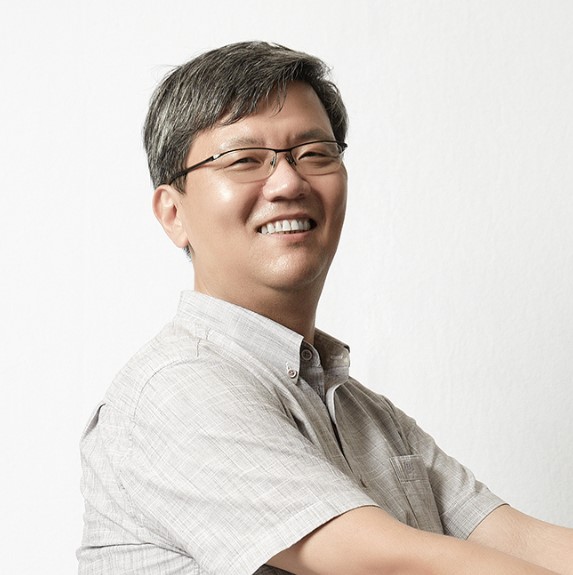 Professor Myung is the director of the Center for Genomic Integrity, established in December 2014. In 1991 he received his B.S. in Zoology and then in 1993 earned his M.S. in Molecular Biology, both from Seoul National University. He completed his Ph.D. in Molecular Biology, Cell Biology and Biochemistry at Brown University in 1999.
Later he became the Senior Investigator and Section Head at the National Human Genome Research Institute, He returned to Korea and took up his position at IBS. 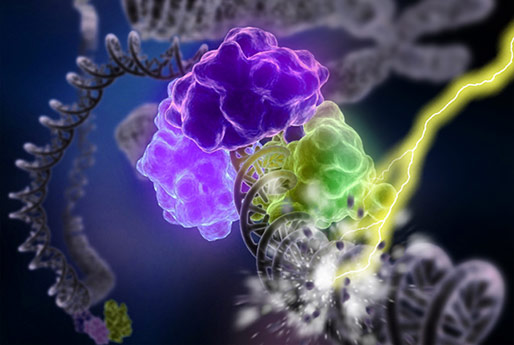 Uncovering DNA repair pathways to reveal the origin of cancers, aging and evolution

DNA is a building block for entire the genome and encodes genetic codes, which determine almost every aspect of life. In some cases DNA could be damaged by endogenous asserts such as replication errors and oxidation stresses or exogenous challenges such as radiation or toxic chemicals. If such damage were not properly repaired, cells could die or accumulate mutations that would cause aging and genetic diseases including cancers. Cells equip multiple DNA repair pathways that can sense, transduce signals, and ultimately repair damaged DNA. These pathways sometimes participate other DNA metabolisms including DNA replication, transcription, and recombination. The Center for Genomic Integrity will investigate these multiple DNA repair pathways at the molecular level using small molecules with molecular, cell biological and biochemical techniques and animal models. We anticipate our research will uncover detail molecular mechanisms of DNA replication, repair, and recombination and come up with potential answers the origin of cancers, aging, and evolution. 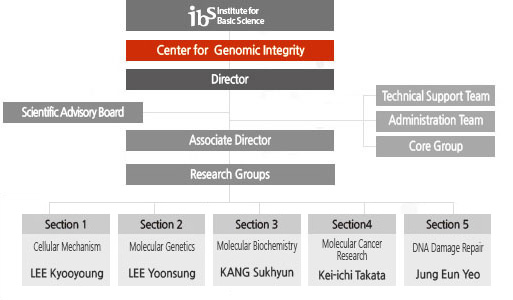