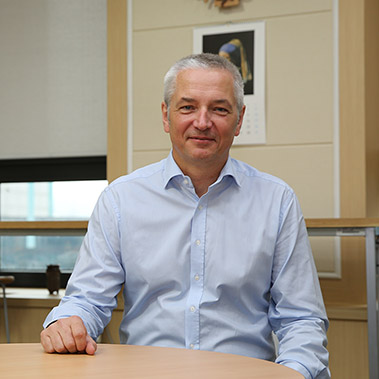 From Complexity to Universality: investigating new laws of physics

Professor Flach is the director of the Center for Theoretical Physics of Complex Systems, established in December 2014. Director Flach obtained both his M.A. and Ph.D. from Dresden University of Technology in Germany between 1986 and 1989. After an Alexander-von-Humboldt stay at TU Munich he did post-doc work at Boston University, and joined the Max Planck Society in 1994. In 2012 he took a position as a professor at the New Zealand Institute for Advanced Study in Auckland, before coming to Korea in 2014 to the Center for Theoretical Physics of Complex Systems.

An efficient Visitors and Workshop Program will ensure finest research and training standards thus developing the center into a leading institution able to successfully compete within a quickly globalizing science network. By becoming a meeting hub for the global scientific community the center will offer to young scientists an excellent research environment and connections with the worldwide leaders in a broad variety of emerging research fields. 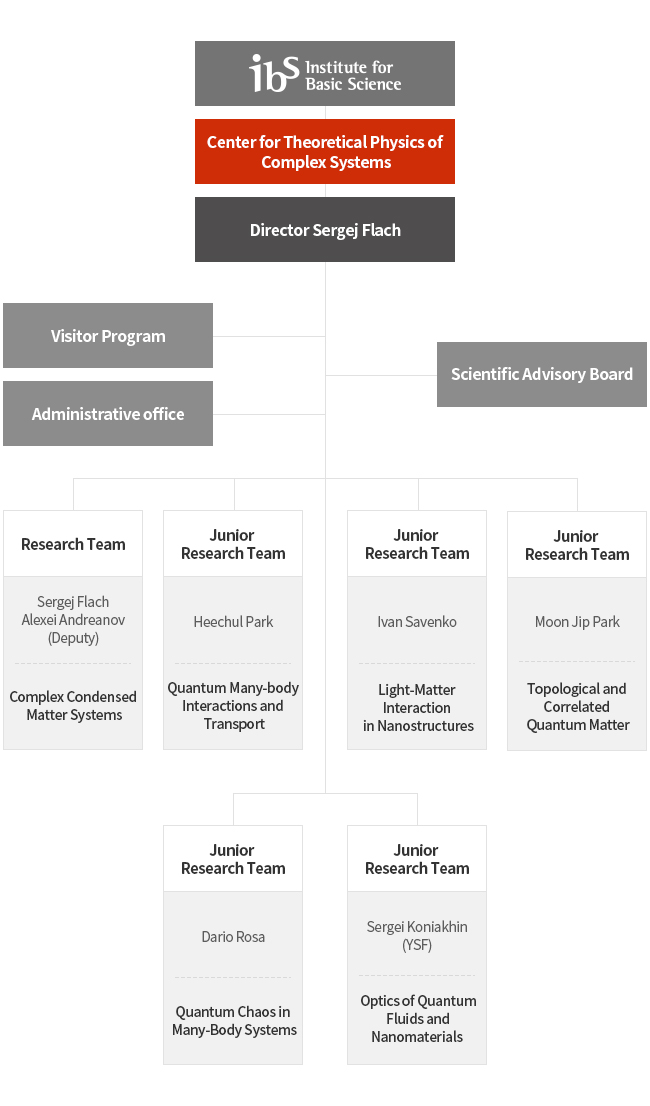