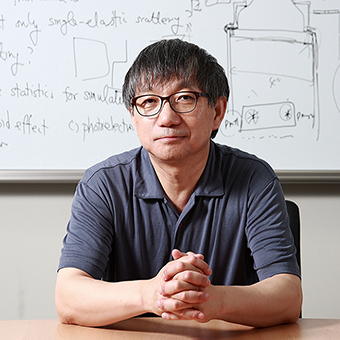 Study of cosmogenic radionuclides in the COSINE-100 NaI(Tl) detectors

Dr. Kim graduated from Nuclear Engineering department of Seoul National University in 1985 and earned his Ph.D. in Physics from Michigan State University in 1991.
He later became professor at the Physics Department of Sejong University. He also was a visiting scholar at Columbia University and Lawrence Livermore National Laboratory (LLNL). After returning from the LLNL, he took the position at the Center which was established in July 2013. 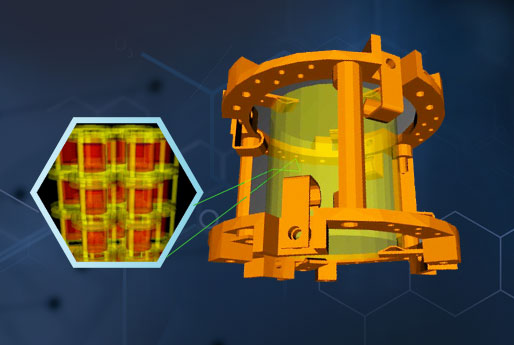 We now know that neutrinos are massive but we have yet to determine their absolute masses and nature. Discovering these important unknowns can be related to leptogenesis theories that make attempts to explain particle-antiparticle asymmetry in the universe. Neutrinoless double beta decay experiment is the most practical approach for determining the absolute masses and understanding the nature of neutrinos. At the Center for Underground Physics (CUP) at the IBS, we will perform several phases of AMoRE (Advanced Mo-based Rare process Experiment) experiments that probe the neutrino mass down to 0.03 eV.

Advancing our knowledge of dark matter is necessary in order to understand the origin and structure of the universe, because the universe consists of 26.8% dark matter and 68.3% dark energy. We are running experiments to search directly for WIMPs (Weakly Interacting Massive Particles), which offer the most plausible explanation as to the nature of dark matter. We will develop new detection techniques to search for dark matter, which would provide more sensitive results than currently running experiments.

We will install detectors with ultra-low noise at a depth of approximately 700 meters at our underground laboratory in Yangyang in Korea to reduce background cosmic rays to search for extremely rare events such as neutrinoless double beta decays, dark matter, etc. Since we expect to see only a handful of signal events per year, the success of the experiments highly relies on reducing background interference. We will achieve our goal by growing ultra-low background crystals and by developing low-temperature sensors that have excellent energy resolution and the power to distinguish the signals from huge background events. 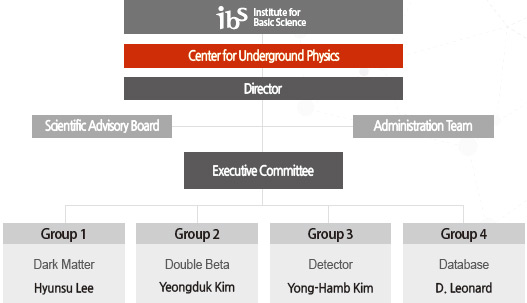