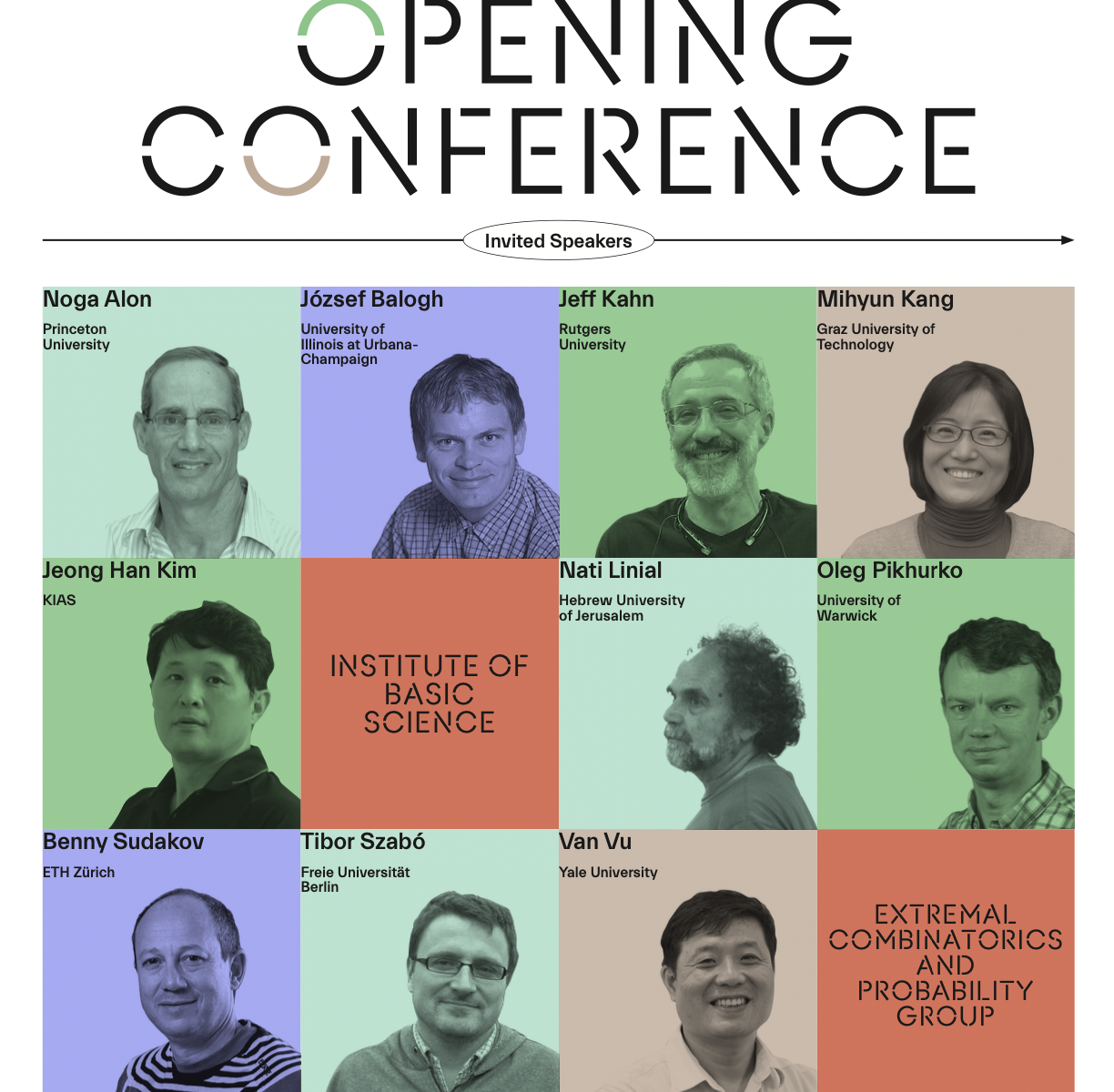 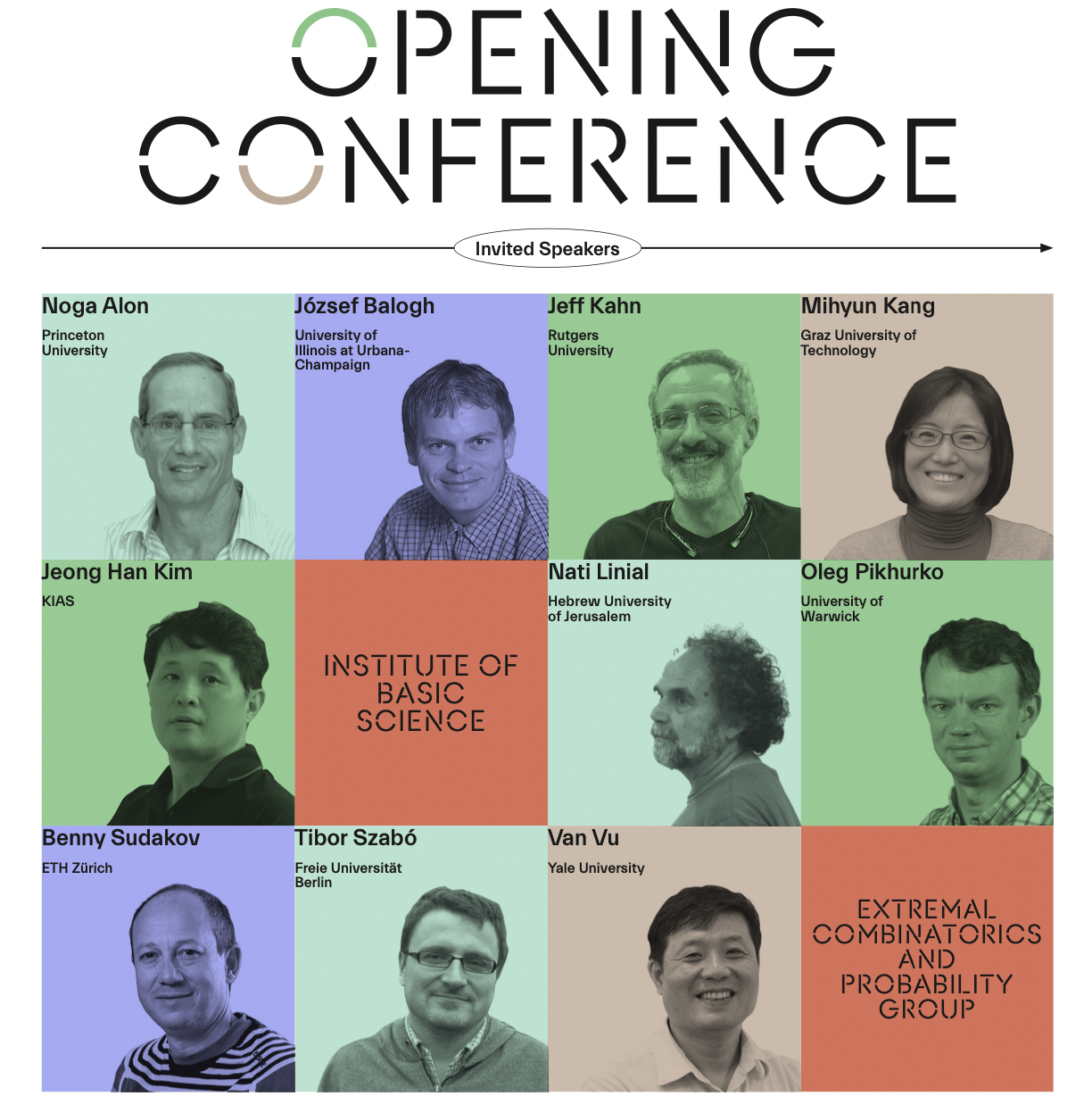 To celebrate the opening of the IBS ECOPRO (Extremal Combinatorics and Probability) Group, we will organize a 3-day online conference from April 4 to April 6.